After my bad experience with this topc I decided to give it another try.

I assumed that my issue from last time was that the receiver did not get enough power (after all it was a bad idea to power the satellite from a GPIO pin directly) so I decided to fix this: I just had a DRV8833 motor controller at hand, so I used this to manage the power line for the Satellite Receiver.

I was using a ESP32 instead of an Arduino because

I am using the following wiring:

We use the GPIO 16 pin to receive (and send signals) and GPIO 23 to switch the power on via the enable pin of the motor driver. Before connecting this setup to the Satellite you need to double check the polarity of Out1 and Out2! I used my Voltmeter and was getting 3.22V which should be sufficient and confirmed that Out1 was +.

And finally I am using the following Sketch which is based on my Spektrum Satellite Library:

In the setup we switch the LED on and set the Satellite into binding mode and then start blinking. In the loop we just switch led off when we receive any data and update the led status.

You can exchange the ESP32 with a ESP8266 w/o loosing any functionality. You can also use an Arduino, but then you will need to use a Logic Converter on the rxPin (or a voltage divider) and comment out the receiving part; but if you do this an Attiny might be an even better choice.
I started my Spektrum Radio with the Bind switch activated. Then I released it and moved the controls: The led on the ESP32 went off and the one on the Satellite switched to a stable light. So every

I agree that this is a little bit too complicated and it is much simpler to buy a Satellite Receiver with built in bind switch or a separate Bind Module. On the other hand, if you just use one motor on your RC Plane, you have one spare motor output on your motor controller board that you can put to good use.

The ESP32 microcontroller has only a few hundred kilobytes of internal RAM. Fortunately the ESP32 AudioKit provides 4MB PSRAM. More information how to use PSRAM in Arduino can be found here. The only thing to Read more… 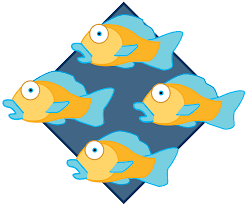