Implementing a Synthesizer for the Raspberry PI and the ESP32 – Introduction

I was playing with the idea to implement a simple Synthesizer for the ESP32.which would play different instruments. The ESP32 should have enough power to generate interesting sounds. The limitation however is on the memory.  So any approach which relies on sampled data and big sound buffers will just not work. Therefore we need to rely on playing the generated sounds as directly as possible.

A Synthesizer is an electronic musical instrument that generates audio signals.

There are plenty of different implementation approaches

To play the software instruments a MIDI keyboard is usually connected with a MIDI cable to the computer which runs the software. The WebMIDI API brings all the functionality of MIDI to the browser so that it is possible to provide many instruments without installing any software – I think this is pretty cool! Examples can be found at

The Evolution of Synthesizers

The first simple synthesizers were based on generators for shaped sounds which were adjusted by filters and envelopes were used to make the sound more dynamic. The next evolution were FM Synthesizers which were based on the concept of modulating different frequencies to generate interesting sounds.

Finally the concept of sampling was added to make it possible to add the recorded sound of real instruments on one hand or basically any type of sound on the other hand in order to generate music.

Naturally the libraries depend on your target programming language. Because I wanted to have the best flexibility and performance  I concentrated on C++ based Digital Signal Processing (DSP) libraries.  Here is my curated list:

Musicdsp.org  provides a collection of algorithms, thoughts and snippets, gathered for the music DSP community. If you target to develop some platform independent plugins you might also consider the following:

Some of the described libraries provide  MIDI functionality. Unfortunately this will not work in Arduino environment. Here is an overview of the relevant Arduino libraries which are available to build the solution:

Most of the described libraries are issuing the output with the help of an abstraction layer that is supported by multiple platforms (e.g  RTAudio, PortAudio etc). This will be perfect for the Raspberry PI – Unfortunately none of these will be working on the ESP32 and the major challenge is to provide a way to use the the available I2S interface:

In one of my earlier posts I gave an overview of how to play music on a ESP32. The ESP32 can generate sound with the help of the I2S interface which is described in the ESP32 reference. So all we need to to is feed the I2S interface with sound data!

The sound data will be generated by the STK library based on the MIDI input. So in a nutshell this sounds to be pretty straight forward!

In my next posts I plan to provide an simple implementation of a Synthesizer for the Raspberry PI Zero and the ESP32 for each of the described DSP libraries. 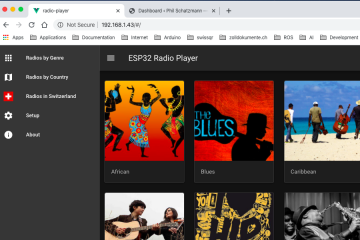 The Most Beautiful Radio Music Player for the ESP32

In the last couple of blogs I was setting the stage for my Radio Music Player for the ESP32. I was thinking first that I will use one of the many existing web based music Read more… 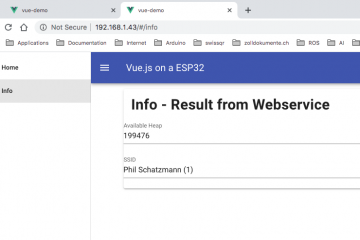 The ESP32 can provide the functionality of a Webserver. There are plenty of examples where this functionality is used to provide a GUI to control the Microcontroller or to provide information from it. What all Read more… 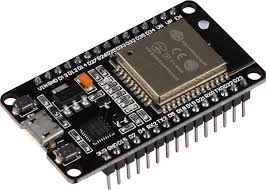 A Simple Arduino Bluetooth Music Receiver Library for the ESP32

The ESP32 provides a Bluetooth A2DP API that receives sound data e.g. from your Mobile Phone and makes it available via a callback method. The output is a PCM data stream decoded from SBC format. Read more…