Im using Octoprint for my Ender3 on a old Linux 32 bit machine. Unfortunately I was running into problems after a release upgrade of Ubuntu and so I finally decided that it is time to use Octoprint as a Docker image, so that I have the possibility to restore my services easily in the future.

For some strange reasons the official Octoprint on Docker Hub is only supporting 16 bit on ARM but not 16 bit Intel processors! However Octoprint is just a simple Python application, so it should not be too difficult to have a solution which runs on all environments that are supported by the official Python Image.

Here is the solution:

I am usually also using docker-compose – so here is the definition:

The privileged: true setting is necessary to give Docker access to the serial (printer) devices.
The cool thing is

There is one pitfall however: The printer needs to be connected when the service is starting up or the port will not be found!

About a year ago I was publishing a Jupyterlab plugin to view 3d files. That’s a quite useful functionality for my Openscad Kernel. Quite some time ago however it stopped from working because it was Read more… 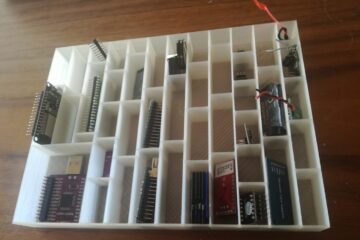 Bringing Order into my Microcontroller Chaos

I had too many micro controllers and sensors and I wanted to have simple box where I can put them and easily find my modules again. This is the perfect use case for 3D printing: Read more… 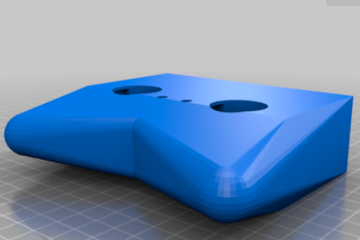 I was building a small Remote Control for my RC toys with the help of a ESP32. This Microcontroller is the perfect choice because – it supports enough analog input pins (we need at least Read more…